This article looks at the spirits and angels that accompany some spiritual teachers, and which give them a special aura and charisma. 2005

At first Sabrina and I did not understand what was happening. It was subtle, but the atmosphere kept changing and we were having unexpected dreams.

This began to happen shortly after we had started, with our friend Malcolm Stern, the Alternatives Programme at St. James’s Church, Piccadilly, where we hosted a wonderful variety of spiritual teachers from all over the world and from many different traditions. Both Sabrina and I are natural empaths and psychics. She gets pictures and I get feelings and sensations, and it took us a while before we finally understood what was going on.

The spirits and angels associated with the speaker were coming to St James’s in advance of the presentation and Sabrina and I were sensing them. One of the earliest occasions we noticed this was when Sun Bear, the most well known native American teacher of the time, came to talk. A few days before his actual arrival, the totems and spirits of his tribe and lineage turned up. Unlike Sun Bear, who had to transport his physical body in airplanes and cars, the spirits could just zip across into the space as soon as the thoughts, energy and momentum carried them.

Sensing the presence of these invisible visitors was always interesting and gave us a different perspective on the evening’s presentation. We were often following two parallel tracks. One track was the observable presentation of the speaker. The other was the accompanying atmosphere, energies and mood.

THE AURA OF LINEAGE

I will not name names, but most famous speakers and authors really are just ordinary, normal, average people. (Over ten years of hosting at least 50 events a year we got to meet most of them.) We would welcome them into the rectory and give them a cup of tea or space to relax before the talks. Just ordinary folk. Then they would go into the main church and their presence and charisma would change. The atmosphere became charged and amplified.

There was one eastern teacher who represented a particular tradition, the leadership of which had been handed down from father to son, generation to generation. As Sabrina said, he had inherited the family business. Backstage he was shy, interested in cars and not very good at conversation.

In front of the audience, he began his talk by first saying some prayers. Immediately the atmosphere changed into something profoundly moving. This was not due to his personal energy, but due to the spirits, the totems, of his lineage over-lighting and then channelling through him into the space.

Over the years we experienced this many times – ordinary people transforming into charismatic spiritual teachers as their aura was amplified and filled with the radiation of the spirits and angels of their lineage. Sometimes, of course, the teacher is also a person of great integrity and wisdom. The Dalai Lama is a good example of an old and very deep soul, but if you want to understand the power of his gatherings and ceremonies, it is not right to see this spiritual power residing in him as a person. It resides in his office as head of his Tibetan Buddhist order.

The women and men who become the heads of traditions and lineages, almost without exception, go through initiation rites in which they are ordained into their new role.Ã‚ The theosophist and clairvoyant, C.W. Leadbeater, described in great detail what happens to Christian priests when they are ordained in his book ‘The Science of the Sacraments’. The ordaining bishop may not know it, wrote Leadbeater, but when the ordination is sanctified a tiny spirit (cherubim) is anchored into the new priest’s energy body. This means that the priest now has a permanent connection to the spirits and angels of the Christian lineage – and to its vast reservoir of healing and christed energy.

Exactly the same happens, for example, when a Reiki initiation takes place. A permanent connection is made between the healer and the great reservoir of Reiki healing energy. When Reiki healers visualise or draw the appropriate symbol, a connection is created by the Reiki spirits to the healing field. This kind of connection also happens when monarchs are blessed and crowned.

This inner and energetic connection made by spirits can lead to a couple of problems and it is good to be aware of them. The first problem is that people can often believe that the great spiritual atmosphere belongs to the individual teacher; in fact it usually belongs to the spirits. This kind of idealisation is understandable, but not real and not healthy for anyone’s development.

The second challenge can be even more distressing. Once healers or priests or holders of a lineage have been ordained, they may still act as channels for a blessing or healing even when they themselves are dysfunctional. This can lead, for example, to the awful paradox of corrupt priests being able to bring through a blessing despite their abusive behaviour. I have met many spiritual teachers, priests and shamans who are alcoholic or sexually abusive, but nevertheless still carry the power and blessing of their lineage. This is very confusing and damaging to their disciples or congregation.

In this kind of a situation it is reasonable to expect that the spirits would withdraw, but they are, it seems, innocent in relation to this corruption and continue to do their blessed work. An excommunication imposed by the ordaining hierarchy might well break the connection but is rarely used because most spiritual mavericks evade detection.

When I write these kinds of article, I worry sometimes that I am being a party-pooper. So many people gain so much from the magic of priestly and guru charisma – and I do not want to diminish that. At the same time, in these modern times, when spirituality is melting the old religious hierarchies, it is important that we be wise about these hidden dynamics.

Within the paradox of all this, there is also something inspiring. Regardless of human behaviour, spirits, totems and angels continue to give blessing and healing. 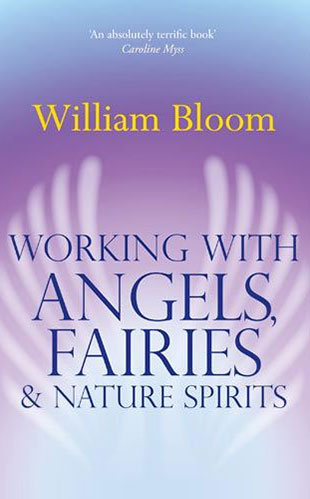