Psychic Powers Do Not Demonstrate Spirituality 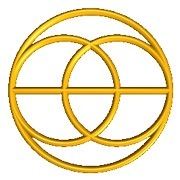 What is the difference between spirituality and psychism, psychic phenomena, metaphysics, the occult, mediumism and so on.

I want people to understand the difference in order to save them the kind of confusion I experienced and which took me almost fifteen years to clear up. As a teenager and in my early twenties, I came across many people with interesting powers. They could move objects with their thought energy. They could clairvoyantly see things. They could talk with angels and spirits. They could make things happen. And I was ready to give them respect and to sit at their feet and learn.

Unfortunately most of them were not very nice and not very wise. I can still vividly remember one man, sitting in a sofa, who looked at me with a glance that said watch this. He then directed his energy so that someone walking through the doorway suddenly fell backwards as if pushed by an invisible force. The man then glanced back at me with mischievous eyes, inviting me to become his student. I did not

But I was perplexed. How was it that this prankster had these powers? I assumed that these kinds of powers went hand in hand with spiritual development.

I was also confused by the whole business of visualisation and imagery, which was presented as such an important part of spiritual development. I was not very good at image work. I could not imagine vivid colours or detailed images. Other people seemed to do it easily and I assumed they were more spiritual than me. My confusion increased when these people talked about their visions in a boastful way and did little interpretation of what the visions actually meant. These people were also usually closed to exploring different interpretations of their imagery. The simple question how do you know this isn’t just your imagination? was not welcomed. But it is such a crucial question.

As I progressed, I began to realise that the ability to manipulate energy or work with imagery did not mean that I or someone else was spiritual. I began to understand that clairvoyance, psychism and energy manipulation were skills and tools like plumbing, embroidery, mechanics or banking. Being expert at them or having a natural talent for them was meaningless when related to spirituality. Spirituality, for me and I dare say for most people, is about a deepening connection with the wonder and spirit of life; is about wisdom, compassion and expanding consciousness; is about harmoniously serving the community.

Clever Trevor, the name we gave to the man who was so expert at moving energy and invisibly shoving people around, was not interested in spirituality.

Years later, reading some of the Hindu scriptures and in particular a wonderful, short scripture called The Yoga Sutras of Patanjali, I finally came across clear teachings that described these metaphysical skills and abilities, and said explicitly that they had nothing to do with spiritual attainment. In the Hindu scriptures these occult skills are called siddhis. There are higher siddhis and lower siddhis. The lower ones are to do with clairvoyance, psychism and the manipulation of energy. The higher ones are to do with expansions of consciousness, discernment and the ability, for example, to blend with new dimensions.

There is also an explanation of why people have these lower siddhis. They are a test. The souls lesson isÃ‚ to dismantle the illusion that siddhis give status and use them purely for service.

My partner of 20 years, Sabrina, is also clear about this. She comes from an ancestry of healers and psychics, and is clairvoyant. She suggests that clairvoyance is sometimes for remedial students. Getting the visual perception may be exciting or entertaining, but you then have to interpret it. The higher siddhi, she suggests, is direct knowing.

Here is a simple example. Psychically, Adolph Hitler could appear in your meditation disguised as a beautiful child. The entrancing image is, in fact, a trap. So you have to sense through the image to its vibration. You cannot assess the essence of something from its form and appearance. Direct knowing is quicker and more accurate. As God says at the very beginning of Conversations with God, spiritual communications happen through feelings. Go into a forest or beautiful place of worship and be still. You will feel beautiful things. You feel it; you know it. For most people, in my opinion, it is a distraction to want the lower siddhi of having visions. I would far rather feel and know directly.

Returning home from holiday once, there was a message on my answering machine from a scientist friend saying, William, Sabrina, you might want to come over. We have a Ceylonese miracle man staying with us who can breathe light and fire.

We did not even unpack, but zipped over to witness this man who could make light and fire manifest in his breath. More than that, if he breathed it into your forehead or chest, it felt warm and energising. I was mightily impressed and began to put some time into promoting him. I then discovered that he was unable to keep his hands off women, had an uncontrollable gambling habit and the emotions of a five year old. I disengaged.

The phenomenon of the fire in his breath was useful. It opened people up to the possibility of other realms and dimensions. But his spiritual development did not match his miracle-making.

Of course I am still intrigued by and enjoy psychic powers and phenomena. I really like them. But I don’t confuse them with spiritual development.