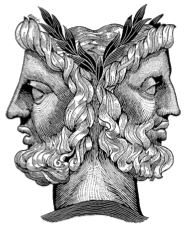 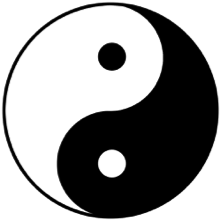 Ninety per cent of New Year’s resolutions fail. People look forward into their lives and commit to change. Unfortunately the vast majority are sucked back into old behaviours. Little do people know that their failures are part of a grand psychological and cosmic drama.

January the first month of the New Year is named after Janus the Roman two-faced god. He looks backwards into the previous year. At the same time he looks ahead into the future. When people make New Year’s resolutions they are just like Janus bewitched by both the future and the past.

Deep in the darkness of mid-Winter we ponder our previous year and we make commitments for the coming twelve months. We resolve to change and improve.

This same research is sobering as it shows that only nine per cent of people feel that they succeed in fulfilling their resolutions. Our pledges are well motivated and reasonable. I will exercise. I will stop being snippy with my family. I will save money regularly. They are fuelled by good intentions. Yet there is a ninety-one per cent failure rate.

What lies behind this dismal record? It is too easy to blame laziness or a lack of commitment. I suggest that there are two other powerful but unrecognised forces that fuel our resistance to change. One is biological. The other is a universal dynamic systemically built into the very essence of life. It is good to acknowledge and be realistic about both.

As a species of successful apes we know that we are biologically engineered to survive. We are driven to eat, create shelter and procreate. But beneath these obvious instinctive drives is another crucial force, the hidden mechanism of homeostasis. This is the regulatory method built into our physiology, into our nervous and endocrine systems, that ensures a stable state. For example if we get too hot we sweat in order to produce moisture that will evaporate and cool our skin. Your homeostatic mechanism knows the stable state of your body and works to maintain it.

But homeostasis also creates problems. Once your physiology and psychology are accustomed to a particular state then homeostasis will work to maintain that state to ensure stability and continuity. Even if that behaviour, or emotion, or thought pattern, is self-harming the homeostatic mechanism is driven to maintain and to continue those conditions. There is this powerful biological dynamic in all of us to persist in behaviours that have become habitual.

How many times have you pledged not to react to someone in a certain way? But when that person presses your buttons off you go triggered into your conditioned and habitual behaviour, driven by the biological mechanism of homeostasis that is blind, sometimes stupid and very powerful. We can see this in addictions and habitual behaviours of all kinds and the power they have over us.

We can make clear, adult and conscious decisions about what we want to do. But irresistible and painful cravings may then corrupt our resolve and suck us back into old, even self-destructive, patterns.

Homeostasis works against us when we seek to change. This is a harsh reality that needs to be acknowledged. Of course it is balanced by another survival instinct. We are also animals who enquire, follow our curiosity and adapt. We learn how to self-manage our habits and cravings. But as mature adults most of us are wise enough to acknowledge that we are vulnerable to the strength of old patterns.

Then there is a cosmic dynamic that is similar to homeostasis. It is a magnetic attraction that glues everything into solid form and has implications for human behaviour.

Look at the big picture.

The whole of the universe, from a grain of sand out to the infinity of endless galaxies, is held balanced between two great forces. One force is the continuous expansion and movement initiated by the Big Bang. The other force is gravity, magnetism, that holds everything in place.

Nothing could exist if the only dynamic were explosive never-ending expansion. It requires the equalising balance of gravity and magnetism for anything to manifest in solid form.

This polarity between endless expansion and the magnetism of gravity was recognised and symbolised in many ancient philosophical and spiritual traditions as a marriage or a dance between two cosmic forces. Mother-Father. Yin-Yang. Earth-Heaven.

Taoism the ancient philosophy of China appreciated this dynamic relationship and represented it in the famous Yin/Yang symbol. A circle with a wavy dividing line. One side black and Yin. The other white and Yang. But with a small white dot in the black and a small black dot in the white. Yin is the force of magnetism, gravity and containment. Yang the outward expansive emergent dynamic. They meet and are also within each other. Both are required for the manifest cosmos.

As tiny human actors in this cosmic drama we are living proof of this polarity, attracted simultaneously to change and to staying the same. We face and are pulled in both directions. Our biological homeostasis is reinforced by natural magnetic force.

From this perspective resistance to change is not only a result of physiological and psychological homeostasis. Staying the same is also a cosmic tendency.

You may not buy this metaphysical idea that we are influenced by this dance between cosmic forces. But it is surely a grand metaphor to describe and explain some of the human drama and why it is often so difficult to fulfil our resolutions.

So what can all this teach us that might be useful? Here are a couple suggestions.

First, if we acknowledge the biological and natural forces that are constantly at work within us, we can be less naïve and ashamed when our intentions stumble. Being insightful and forgiving makes it easier for us to try again. Stumbling is normal.

Second, we can be more strategic and mindful as we plan our resolutions, recognising that we may need more enthusiasm, endurance and support than we previously envisaged.