I was Prince Phillip’s Body Double

Just to change things up here is a bit of random autobiography.

In 1963 when I was fifteen years old I visited Buckingham Palace three times in order to pose as Prince Phillip’s body.

One of my mother’s best friends was the portrait painter, June Mendoza. I cannot recall who had commissioned her, but it was an unusually relaxed portrait compared to the usual ones in which he wore a uniform.

He did not have enough time to sit for his body, so my being a similar shape June asked if I would do her the favour of coming to the palace, putting on his clothes and posing for his body.

I have enjoyable memories of this event.

The first is that of entertaining myself on the walk of fifty metres from the main gateway, where the tourists all stand, across the forecourt to the palace. I experimented with walking slowly, walking dignified and walking with a swagger. I knew that I was being watched. I knew that the tourists were asking Who is this important man? For a fifteen-year old with a sense of the theatrical and self-importance this was such a treat.

On the second visit, before entering, I first loitered amongst the tourists, irritating many of them. I then swaggered through the gateway. The policemen acknowledged me with a salute and I walked the fifty yards to the palace very slowly. Was I a prince of the realm?

Inside the palace I was ushered up into the Duke’s private office where I put on his jumper and sat quietly in his chair for an hour while June painted.

Another good memory is of meeting all the Queen’s corgis in one of the long corridors and then a frantic hustle as the ushers quickly shifted me into a side room so that her majesty did not encounter a stranger.

I mused that I might have By Royal Appointment tattooed on my chest.

Several years later, when I was 23, I was riding a very beautiful chopped motorcycle across London. I came from Trafalgar Square up The Mall and then to the roundabout of the Victoria Memorial in front of Buckingham Palace.

Unfortunately there was oil on the tarmac and I was possibly riding too fast.

My bike slipped and fell.

Fortunately I managed to jump off and avoid any danger, but the bike continued to slide across the road towards the crowd of tourists waiting for the changing of the guard. I froze watching this horrible scene, but the bike stopped before hitting any of them.

In a strange way it was graceful — the way I had jumped off and not fallen; the way the bike had slid to a gentle halt.

Two bored policemen were watching this whole pantomime. I looked at them wondering how they would react, but they had a sense of humour, laughed and applauded. No one was hurt.

I pulled the bike back up and rode away.

More poignantly years later I was told by a friend that they had seen Princess Diana coming out of a bookshop holding a copy of my book ‘Psychic Protection.’

It is a small world. 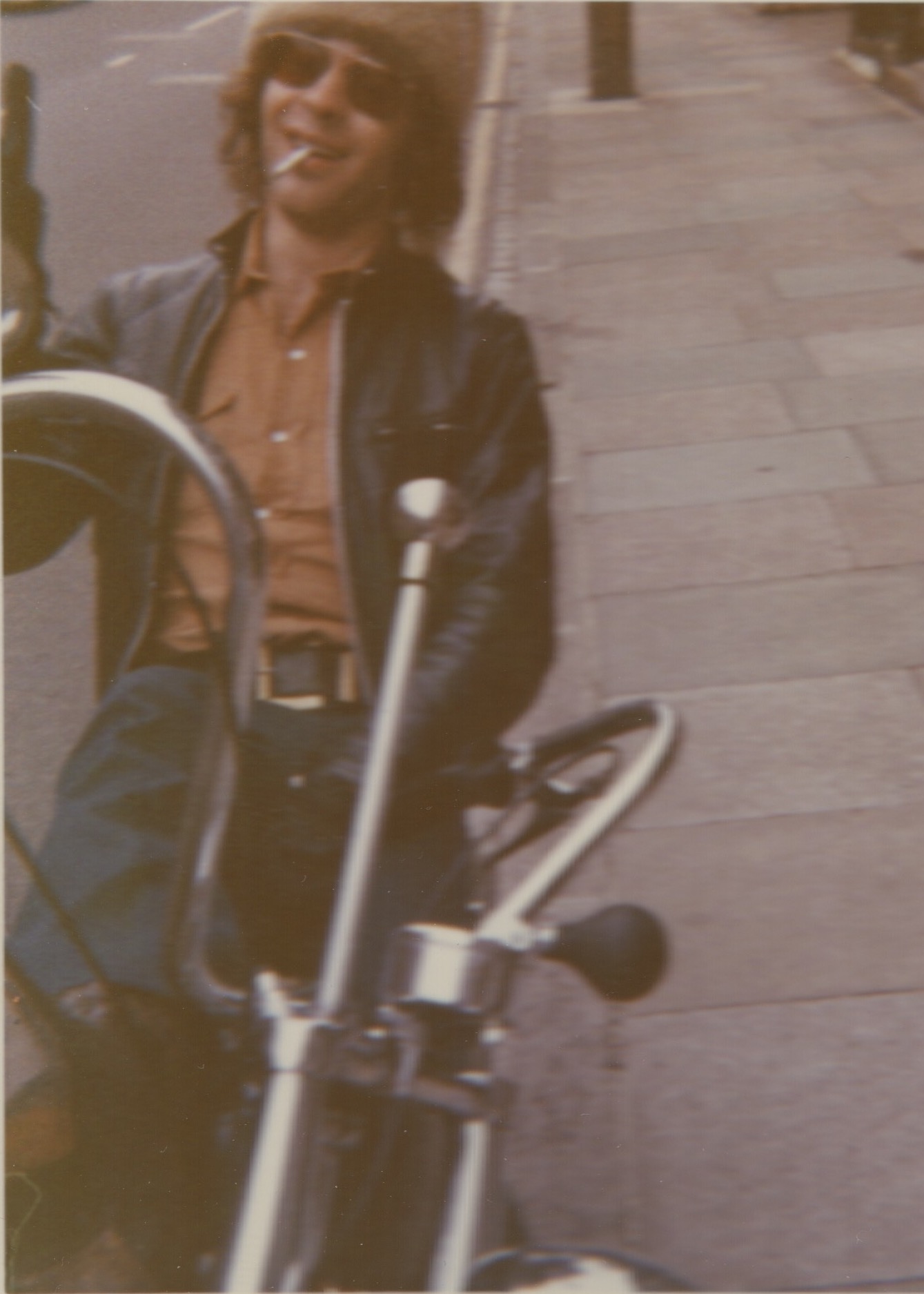