Evolutionary psychology may explain the anti-vaccine conflict – benevolence versus terror 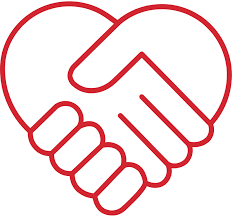 Evolutionary psychology provides an interesting perspective on the extreme attitudes around covid and vaccination. In my hometown of Glastonbury, the refuge of many hippies and escapees from mainstream culture, there has been uncomfortable tension in the High Street.

When old friends meet there is a pause as they tentatively wait to hear where the other stands. Almost without exception if one friend supports vaccination and the reality of covid, and the other does not, there will be unpleasant conflict. Tight-lipped passive aggressive or openly hostile. Personally I have been nervous sometimes to share that I have been vaccinated. I lose friends.

This conflict between two opposing worldviews is personal and political. It is a clash between trust and suspicion.

From a political and democratic perspective anti-vaxxers must be heard. It is always appropriate to be reminded of dangerous government and commercial manipulation. There has been so much of this in the past. (When I wrote the piece I did not know that ‘anti-vaxxer’ was considered a term of abuse. I meant  and mean it completely neutrally and with respect.)

From the perspective of friendship they also must be heard. Anti-vaxxers have strong and authentic emotions. Whether what they assert is factual or opinion, their words clearly articulate strong feelings.

It is respectful to acknowledge what they say and, even if we think their rationales are inaccurate, seek to understand. 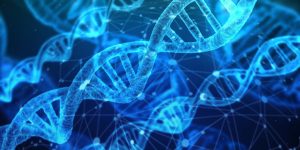 Perhaps the perspective of anti-vaxxers is based in a legitimate instinct, a presentiment about the world and its state.

Remember the wise elephants and other animals who can feel the coming of an earthquake or tsunami and move to higher ground. We are all creatures and capable of instincts and intuitions that ensure survival.

Evolutionary and archetypal psychology suggest that the way we think, feel and behave is often guided by the history of our species. This is clear in how we act in relation to food, territory, status and connection with others.

More than that, there are evolutionary templates that guide our social behaviours and how we interpret life around us. These are archetypal patterns of action, thought and emotion. They can be recognised in their repetition and how often they are played out. They are activated for example when people fall in love. They exist archetypically between mothers and daughters, fathers and sons, fans and charismatic leaders, and when people move in clans and crowds, in music festivals and marching to war.

There are also archetypal patterns related to the existential realities of survival.

From the earliest days of humanity we were never far away from the harsh realities of competition and conflict for food, shelter and partners. We were also never far away from herd mentality and cruel, bullying sociopathic behaviour. Charismatic leaders and clans often wielded brutal power. The totalitarian cruelties, pogroms and genocides of the last one hundred years bear testimony to the ongoing reality of these group pathologies.

No wonder then that many of us react archetypically to the covid pandemic and the vaccine programme. It is archetypically logical to perceive covid and its medical solutions as a horrific totalitarian plot to manipulate and enslave us. This is an understandable response. We can see awful parallels in genocides and Nazi experiments.

But not all of us have this suspicious response. Many of us have a more philosophical, patient and trusting reaction. 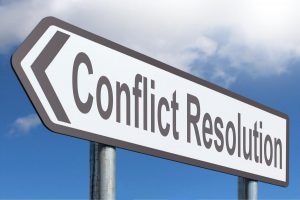 I want to understand why folk separate into these two camps — those who fear totalitarian oppression and those who trust all will be well.

My intuition is that anti-vaxxers are influenced by an evolutionary and psychological inheritance of trauma and suffering. They understandably and reasonably perceive government and vaccine programmes as symbols of terror and oppression. I do not know why they carry this history. Perhaps it is genetically embedded. Perhaps it is inherited trauma. Or from a more Eastern perspective, past life trauma.

And then there are those of us who accept the reality of covid, welcome vaccination and trust the systems at work here. Perhaps we are naïve. Certainly we would have seemed that way if we had had the same attitude to the holocaust or pogroms. But we assess this situation and feel and think differently to the anti-vaxxers.

My intuition here is that vaxxers are influenced by a more benevolent evolutionary history and carry less inherited trauma. Their feelings and thoughts are influenced by how families, clans and tribes care for each other, and how government and healthcare can work for the good of all.

This is a simple binary model. On one side, understandable fear about the abuse of power. On the other side, trust in humanity’s ability to organise for the public benefit. And of course there are many positions in between.

Maybe this model is way too simple. Nevertheless I hope that it provides a framework for exploratory conversations, so that people involved in this conflict of worldviews may be able to step back and look more dispassionately and compassionately at their differences.