I am a British author, educator and activist. Founder/director of the Spiritual Companions Trust an educational charity focusing on a holistic and person-centred approach to spirituality and health.

Under the umbrella of the Spiritual Companions Trust I have helped to pioneer  the first vocational qualification in spirituality on the Ofqual register – The Diploma in Practical Spirituality and Wellness. (Crossfields Institute Level 3.)

My 26 books include The Endorphin Effect and The Power of Modern Spirituality. 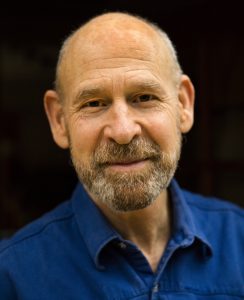 William Bloom is a modern western mystic and considered by many to be Britain’s leading and most experienced mind-body-spirit teacher. The heart of his modernising approach and inspiring courses is to help people discover their own best way to connect with the wonder and energy of life, and then support them in developing a regular spiritual practice. Read full profile from Yoga Magazine

The essence of my life is simple: In my early childhood I had several powerful experiences or instincts that have remained with me and inspired me. The first was a very powerful sense of the beauty and wonder of life; just looking at the blue of the sky was enough to make me experience and know that there was a power and goodness behind everything.

The second was that I kept noticing that there was more to me than just the child, the personality, I presented to the world. Within me there was another identity – watchful, strong, loving.

The third was an instinctive outrage at and sense of compassion towards injustice and suffering.

My life has been about developing and integrating those three influences. I teach what I too am learning and deepening.

At the centre of life is my meditation practice: an hour in the morning and usually another hour later in the day. Read my blog on why I meditate. My history includes retreats and several long periods in which I sat for five or six hours a day. It is in meditation that I learn most – at all levels.

Alongside my writing, teaching and activism, my main hobby is motorbiking. (For anyone into bikes I am currently on a KTM 1290 Super Duke GT. For those not into bikes it has two wheels, an engine and thinks it is a dragon.) I love being in interesting landscape and walk a lot. I like participating in group situations where there is a creative, vital and developmental process. I also love movement and dance (all sorts), and exercise and stretch every day. I read high brow literature and enjoy all kinds of stuff on TV.  I like and am entertained by animals especially the birds and squirrels in my garden.

Born in London, his original career was as a novelist and publisher. He had eight books published, and had been a senior commissioning editor at Macmillans by the time he was 25. He also co-founded Advise, the first 24-hour immigrant advisory service in London and was involved in the publication of International Times.

He then took two years spiritual retreat living off-grid in the High Atlas Mountains of southern Morocco. As a mature student he studied and then taught at the London School of Economics where he gained his doctorate in political psychology. His Personal Identity, National Identity, International Politics was published by the Cambridge University Press. He then moved to work with special needs adults, teenagers and return-to-learners in Southwark College and gained a Cert.Ed. specialising in that field.

His background also includes three years of psychoanalysis with Dr Edward Glover and ongoing immersion in psychotherapies and complementary approaches including bodywork, breath work, indigenous and pagan, and a regular daily meditation practice since his early twenties.

He co-founded the Alternatives Programme of St. James’s Church, London; is a Fellow of the Findhorn Foundation, Europe’s leading eco-spirituality centre; is a trustee of Glastonbury Abbey.

He founded and is CEO of the Spiritual Companions Trust, an educational charity that pioneered the first Ofqual registered vocational qualification in spirituality and health

His books are translated into sixteen languages.

‘Inner peace as easy as breathing. William Bloom has an encyclopaedic knowledge of meditation.’  The Independent.

I stopped writing fiction when I was twenty-six.
My published books were
Three novels:
Softly Children Im Coming
A Canterbury Tale
Getting There
A novella: The Philosophers Stone
Four thrillers under the pseudonym of W.W.:
The Taming Power
The Riches
White Fire
The Prophets of Evil 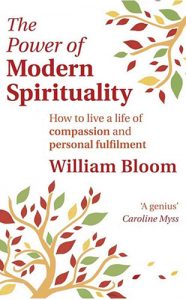 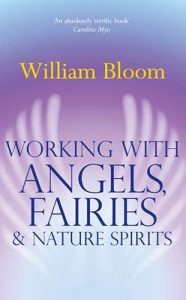 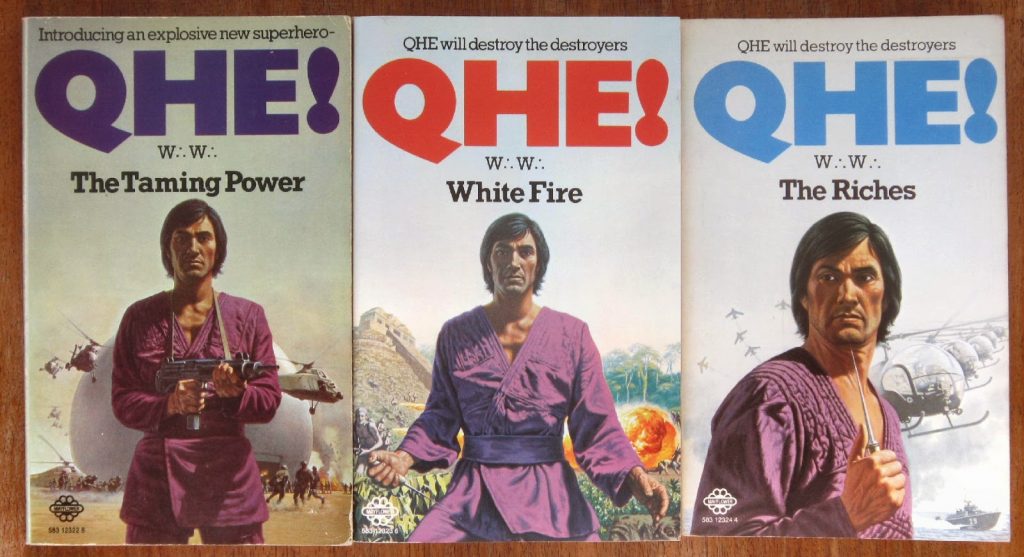 I have been leading workshops and giving presentations for over thirty years. I am accustomed to small and very large groups. My current programme consists of workshops and courses under the umbrella of the Spiritual Companions Trust; and of presentations and trainings specifically developed for organisations and conferences.

I have featured in many radio and television programmes including The Moral Maze, The Soul of Britain and as a judge on The God List. I had the honour of addressing the UN Oslo Conference on Religion and Belief (August 1998) where the Holistic approach to spirituality was given equal status alongside the traditional faiths.

After giving the annual Founders Day Lecture at The Abbey Sutton Courtenay, June 2014, Brad Strachan, The Abbey organiser, wrote:
“I want to thank you again for a great evening. I enjoyed the way you engaged with people and helped them to be participants and have their minds more engaged in the event rather than just ‘listeners’ …The conversation afterwards in the hall and in the dinning room was also engaged and for the most part rose above the normal trivia. Thank you.”

After a keynote presentation at the Heart of Medicine Conference, Dillington, June 2014, on integrating spirituality and healthcare, Dr Patricia Saintley of Heartfelt Consulting wrote:
“We are delighted you have been able to contribute and bring so much experience to this conference. We are so grateful for your wonderful contribution.”

Born in 1948, William Bloom grew up in central London. His mother, Freddy Bloom, was a New York journalist who spent the war years in the notorious Changi Gaol; after the war she founded the National deaf Childrens Society and was one of the first people to have her life done on This Is Your Life. His father, Phillip Bloom, was a psychiatrist specialising in psycho-sexual problems.

William Bloom attended St. Pauls School, London, but dropped out to become a full-time participant in swinging London, flower power and counter-culture. At the age of 22 he became the youngest ever commissioning editor in publishing at Macmillans where he founded the Open Gate imprint to promote counter-culture books. He was the first person in the UK to publish Lenny Bruce and gave Macmillans their first number one bestseller in many years with a biography of Elvis Presley.

He also co-founded Advise, the first 24-hour immigrant advisory service in the UK and published International Times for a short period. He rode with and was an honorary member of the All England Chapter of the Hells Angels.

His writing in the early 70s included three novels, one novella (all published before he was 25) and four thrillers (under a pseudonym.) His novels received lead reviews and he was considered an important writer of his generation. At the same time, he was in psychoanalysis with Dr Edward Glover, one of the founders of psychoanalysis, for three years.

He then undertook a two year retreat living amid the Saharan Berbers in the High Atlas Mountains of southern Morocco, a spiritual quest which changed his life. His diary of this period was published as The Sacred Magician and is considered a classic work of its kind. In 1976 he founded a small community and meditation group in Glastonbury and brought up his first child, James, with his first wife, Frances Howard-Gordon.

During the same period he gained a Certificate in Education at Garnet College, specialising in communication skills, counselling and special needs. He turned away from an academic career to work as a tutor with special needs adolescents and adults for ten years in an inner city community college, Southwark College; he also helped pioneer a certificated course in community group management.

Since the late 1970s Williams writing and teaching have reflected his interest in new approaches to exploring consciousness and spirituality. In 1988, with his wife Sabrina Dearborn and friend Malcolm Stern, he co-founded and directed the popular Alternatives Programme at St. Jamess Church, Piccadilly. This is London’s major platform for holistic perspectives and includes weekly lectures, workshops and classes covering a wide range of alternative perspectives including tribal religions, new psychology, new science, spiritual ecology, meditation, metaphysics and the arts. The programme is deliberately accessible and attracts over fifteen thousand people every year.

He has also been on the faculty of the Findhorn Foundation, considered by many people to be the major holistic community in Europe, for over twenty years. He teaches and runs workshops internationally and has regular bases in Denmark, Norway, Bulgaria and Slovenia. He has featured in many radio and television programmes including The Moral Maze, The Soul of Britain and as a judge on The God List.

He had the honour of addressing the UN Oslo Conference on Religion and Belief (August 1998) where a Holistic approach to spirituality was given equal status alongside the traditional faiths.

In 2007 he co-founded the Foundation for Holistic Spirituality and the Spiritual Companions project.